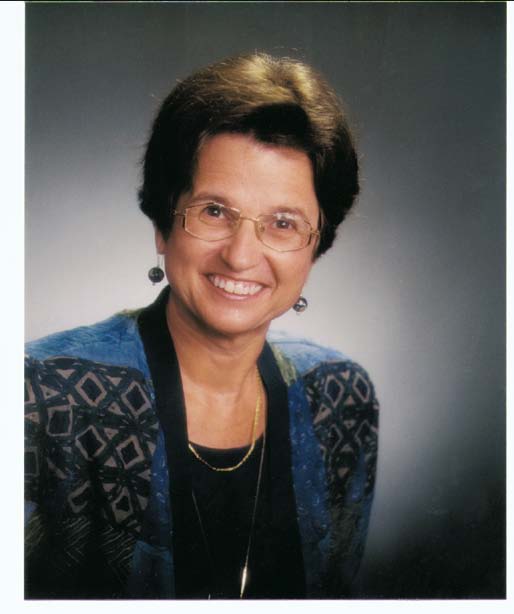 Carolyn Sumners, will talk about International Toys in Space: Discover How These Familiar Miniature Mechanical Systems Behave in Microgravity. On April 12, 1985, the space shuttle Discovery carried the first 11 toys into orbit. The STS-54 mission in January 1993 returned some of these toys and added 29 more to the Toys in Space program. The STS-77 mission in May 1996 returned 10 of the STS-54  toys that had not been tested in space. In 2002, the Expedition 5 crew tested 16 international toys and sports on the International Space Station where there was more room for experiments with toys and sports. For all four missions, astronauts also carried along the questions of curious children, teachers, and parents who had suggested toy experiments and predicted possible results. A few dozen toys and a few hours of the astronauts’ free time have brought the experience of freefall and an understanding of gravity’s pull to students of all ages.

Dr. Sumners is in Senior Director of Astronomy and Education for the Houston Museum of Natural Science, the nation's fourth best attended Museum with two million annual visitors. She oversees the Museum's Burke Baker Planetarium, Challenger Learning Center, George Observatory and Earth Forum. Dr. Sumners created the Challenger Learning Center problem-solving simulator in 1988 and it has now been replicated in over 50 Museums and Science Centers. The Challenger Center is a living memorial to the Challenger astronauts as it fulfills their dream of showing children the power of teamwork and the potential of space.

In her 35 years with the Houston Museum of Natural Science, Dr. Sumners has taught over half a million students directly, ranging from pre-schoolers to astronauts and has produced programs that have reached millions more. This she considers her most meaningful achievement.

Dr. Sumners is Co-Principal Investigator on three grants: The Immersive Earth, Museums TeachingPlanet Earth and The Public Connection, all NASA-funded public outreach programs through RiceUniversity. She also instructs all Shuttle astronauts in navigational star identification and is projectdirector for the Toys in Space Program at the Johnson Space Center. Dr. Sumners appears regularlyon Houston radio and television as an astronomy expert and guides astronomy eclipse trips. In thefall of 2003, she invented a portable digital theater so that the large-format video programs in hermajor planetarium could be shown in the most remote and rural area. She now directs an AstronomyRoad Show, funded through the Lunar and Planetary Institute in Houston to take the portable theateraround the nation.

Dr. Sumners has just completed a research program on the effectivenessof informal science experiences on science knowledge and attitudes forinner city students in collaboration with the College of Education at theUniversity of Houston. She has also measured and evaluated the effectiveness of the Challenger Learning Center and other Museum experiences in changing student attitudes toward careers in science - focusingon the sixth grade of the North Forest Independent School District. Shehas also produced several archaeoastronomy alignment studies for pre-Columbian ruins utilizing the digital starfield of the Burke Baker Planetarium.

Dr. Sumners is an adjunct professor in the Space Physics and Astronomy Department at RiceUniversity - a position that allows her to develop graduate level curricula on the teaching of astronomy and to present lectures targeting science teachers. She also serves on the six-person AdvisoryBoard of HU-LINC, the Houston Independent School District’s Urban Systemic Initiative. In thiscapacity she has assisted with writing and editing of the grant proposal and in presentations concerning the role of informal science institutions in the improvement of science and mathematics instruction in HISD. To the limit of her time, Dr. Sumners makes presentations on astronomy and/or scienceteaching for teachers and civic groups as well as educators at national conventions. She averages tennational presentations each year and between two and six presentations or workshops in theHouston area each month.

Dr. Sumners is a senior author of the new Houghton Mifflin Science program, which becomes available to schools in 2006. Her Science DiscoveryWorks has been one of the nation’s best selling elementary science textbooks. In December, 1998, she wrote and produced two planetarium programs:Cosmic Mysteries and The Magnificent Journey for the world's first full-dome video theater in the Burke Baker Planetarium. In July, 1999, she completed direction of Destination: Moon, the first immersive program to be produced by an individual planetarium. Since that time she has written over a dozen new planetarium programs -- five of which are in national distribution. She wrote AnEarthling's Guide to Deep Space, (published by McGraw-Hill Book Company) in October, 1998. It followed Toys in Space II, Doing Science with the Astronauts, released by McGraw-Hill in March, 1997 and An Earthling's Guide to Mars, published in 1999. In 2000 she authored a book on comets, meteors, and asteroids called Cosmic Pinball which has been translated into Mandarin. Her DVD on the International Toys in Space project because available in August 2005. Dr. Sumners was ProjectDirector, editor, and writer for the NSF-funded Science Connection elementary science programwhich was published as Horizons Plus by Silver, Burdett & Ginn in 1991. In 1998, the Museum completed funding for Science Start and Science Stars - two program that put this product in every firstand second grade in the Houston Independent School District.

In 2001, Dr. Sumners was named as a Houston Woman on the Move by the Texas Executive Women.She was featured in “From my Mother’s Hands” -- an anthology about successful women and theirmothers. In 2000, Dr. Sumners was recognized as one of the top 100 Irish Americans. In 1988, Dr.Sumners was recognized as an Outstanding Houston Woman in Science by the YWCA. In 1989 shereceived similar recognition from the Federation of Business Women. In 1994 she received a specialaward for Long Dedicated Service to the Profession from the Clear Lake Council of TechnicalSocieties. In 1996 she was similarly honored by the Metropolitan Association for Teachers of Science.