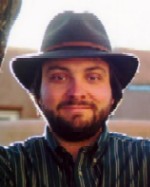 Dr. Cliff Joslyn, will talk about Ontologies for Knowledge-Based Science: Building a Computational Semiotics. Knowledge structures called "ontologies" have become famous recently by promising to provide web agents the means to reason about and navigate the nascent "Semantic Web". But ontologies have many aspects, and when cast as large, hierarchical, taxonomically organized, publicly accessible, dynamic data objects, they are also becoming increasingly important in knowledge-based sciences. This is especially true in computational biology, where the genomics revolution has meant that for some biologists, the use of large databases, including such ontological structures such as the Gene Ontology (GO), the Enzyme Commission Database (EC), and the MEdical Subject Headings (MeSH), is now a standard part of the work day. As an example, a common task is the need to categorize hundreds of genes by understanding their distribution within the 16,000 nodes of the GO.

Recently, we have been using the theory of partially ordered sets to develop methods to address this categorization task. In this talk we will explicate all of these issues, concluding with how this has driven us to the consideration of the proper mathematical foundations for respresenting knowledge at different levels of resolution, scope, or generality, and in turn our concepts of hierarchy, taxonomy, and categorization. In this way, we hope to make progress towards the long-standing dream of building systems embodying a kind of "computational semiotics",that is, representing knowledge in terms of "semantic relations".

Cliff Joslyn leads the Knowledge Systems and Computational Biology research team in the Computer and Computational Science Division of the Los Alamos National Laboratory. He is currently leading and working on a number of interdisciplinary research projects in relational knowledge discovery, generalized uncertainty quantification, hybrid and qualitative simulation, computational biology, and computational semiotics, with applications in genomics and proteomics, homeland security, and intelligence analysis. Joslyn received his B.A. in Cognitive Science and Mathematics in 1985 from Oberlin College with High Honors in Systems Theory, and his M.S. and Ph.D. in 1989 and 1994 respectively under George Klir in the Systems Science department of the State University of New York at Binghamton. He was a Graduate Fellow in the Software and Automation Systems Branch at NASA's Goddard Space Flight Center from 1991-1994, and a National Academy of Sciences Postdoctoral Research Associate from 1994-1996, where he pursued research on qualitative model-based diagnosis and trend analysis using possibilistic and fuzzy systems theory. He joined the Los Alamos National Laboratory as a Postdoctoral Associate in 1996. An internationally recognized leader in generalized uncertainty quantification and computational semiotics, he serves on the Editorial Board of the International Journal of General Systems, as an Associate Editor of the Journal of Applied Systems Studies, and on the Editorial Board of Advances in Complex Systems.