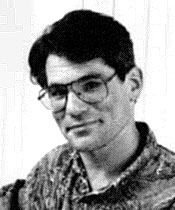 Dr. Eugene Myers, will talk about The Assembly of the Human and Mouse Genomes. The assembly of a shotgun data set of end-sequence readings were considered controversial at the time Celera proposed to apply the method to the Human Genome in mid-1998. Critics claimed that the computation would involve an impossible amount of computer time, that the size and repetitiveness of the genome would confound all attempts at assembly should sufficient computer efficiency be achieved, and that even if an assembly was produced it would be of an extremely poor quality and partial nature.

In 1999, the informatics research team at Celera produced an assembly of the 130Mbp Drosophila genome from a 13X whole genome shotgun data set, followed by an assembly of the Human genome in 2000 with a 5.5X data set and synthetic readings from public data. In April 2001 they produced an assembly of the Mouse genome from a 5.3X data set of 3 different mouse strains in equal proportions. The results from these projects prove unequivocally that whole genome shotgun sequencing is effective at delivering a highly reliable reconstruction with long-range order and orientation and dense polymorphism information. The fact that assembly is achieved at only 5X implies that a relatively complete picture of a large vertebrate genome can be obtained in six to nine months at very competitive cost with current technology. They demonstrate that the 5.3X mouse assembly is a solid substrate for annotation, and together with the human genome, many structural features become apparent through evolutionary conservation.

Dr. Eugene Myers is Vice President of Informatics Research at Celera Genomics where he has built an assembler for the whole-genome shotgun sequencing of the Drosophila, Human, and Mouse genomes, and is building next generation analysis software for these genomes. He is currently on leave from the Department of Computer Science at the University of Arizona where he has served on the faculty after receiving his Ph.D. from the University of Colorado in 1981. His research interests include the design of algorithms, pattern matching, computer graphics, and computational molecular biology. Among the tools he has developed are Blast, a widely used tool for protein similarity searches; FAKtory, a system to support DNA sequencing projects, Anrep � a pattern matching language for applications in molecular biology; and Mac- & PC-Molecule, a molecular visualization tool for Apple and Wintel computers. Dr. Myers is on the editorial boards for the Journal of Computational Biology and BioInformatics, and on the board of the International Society for Computational Biology. He was recently award the ACM Paris Kanellakis Theory and Practice Prize.