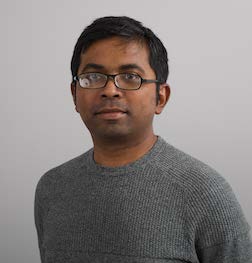 Earth and space science problems are some of the hardest
computation problems in practice. NASA’s mission puts her at the
frontier of the research effort for such complications using high performance computing. In a 2012 report co-published by NASA Ames, the researchers identified nine families of hard problems, from planetary feature identification to unmanned autonomous exploration, divided into four groups, namely, data analysis and data fusion, planning and scheduling, decision making, and distributed coordination.

I will introduce the general near-term quantum algorithmic approach to solve these problems. I will also introduce a number of improvements we have recently published for those algorithms.

Quantum computers are not expected to solve problems in a vacuum. One of the challenges for achieving performance improvements in a hybrid quantum-classical architecture is identifying when an optimization problem can be solved faster on a quantum computer. I will discuss how to identify those instances which can take advantage of the architecture of a trapped-ion quantum computer. Finally, I will provide an outlook on the co-design process of developing near-term quantum algorithms in a rapidly evolving environment.

Dr. Omar Shehab is a quantum computer scientist at IonQ, Inc. based in the University of Maryland. He works on near-term quantum algorithm, quantum complexity theory, and quantum programming
languages.