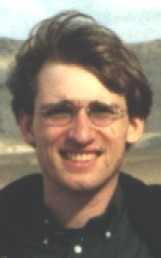 Dr. Erik Winfree, will talk about Biomolecular Computing with DNA. What is a molecular algorithm? Is biochemistry aTuring-universal model of computation? If so, can we hope to reliably implement arbitrary algorithms by proper design of molecules and reactions? Both answers appear to be "yes".

In this presentation, Dr. Winfree will describe research in his lab on two models, algorithmic DNA self-assembly and RNAP transcriptional networks, and discuss the current state of experimental implementation, challenges, and prospects.

Dr. Winfree studies molecular computation and DNA based computers. Inspired by biological mechanisms such as molecular folding, self-assembly, and genetic regulatory circuits, his approach involves both theoretical models of molecular computation and experimental investigation of artificially designed systems of interacting DNA molecules. Dr. Winfree has co-authored numerous journal and conference publications. Winfree received his BS in mathematics and computer science from the University of Chicago in 1991. He received his PhD in Computation & Neural Systems from Caltech in 1998. His thesis was titled, Algorithmic Self-Assembly of DNA. After some time at Princeton and MIT, he is now back at Caltech as an assistant professor of Computer Science and Computation & Neural Systems. In 2000, Winfree was awarded a MacArthur Fellowship, like his father before him.