He is currently a Computer Engineer with the Computational & Information Sciences and Technology Office (CISTO) at the NASA Goddard Space Flight Center, Greenbelt, MD. He previously worked for Computer Sciences Corporation from 1982 to 1983 and Science Applications Research from 1983 to 1985 on contracts with Goddard. As a member of the CISTO, Dr. Tilton is responsible for designing and developing computer software tools for space and Earth science image analysis, and encouraging the use of these computer tools through interactions with space and Earth scientists. His development of a recursive hierarchical segmentation algorithm has resulted in a patent award and another patent application. 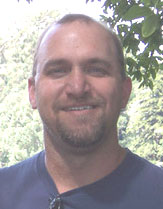 Bio: Mr. Hosler is a Computer Engineer for the Goddard Space Flight Center's Advanced Architectures and Automations Branch. He has worked at NASA for over 17 years designing and developing mission enabling systems, from test-bed software to ground systems.

During the past 8 years in which Mr. Hosler has worked in Research and Development, he has managed and developed systems which have explored cutting-edge technologies including distributed architectures, sensor webs, fleet control, path planning, agent-based systems, and web technologies including web services. These systems have been infused into NASA projects like the GSFC Mission Services Evolution Center (GMSEC), or have paved the way for other research projects.

Evolving Command and Control Paradigms for Science and Exploration Missions 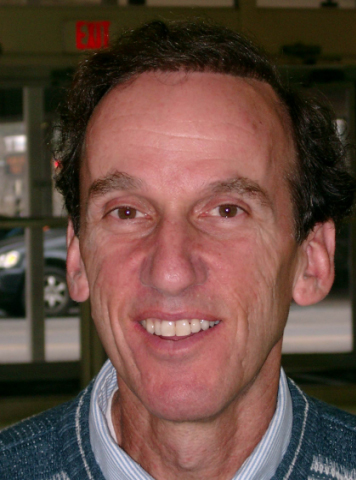 Abstract: Traditional missions in the past depended on people satellite operators or fligh operations personnel remotely controlling satellites via detailed commands being sent transmitted to the spacecraft and telemetry streaming back from to the control centers. Recent experiments with EO-1 and ST-5 are laying the ground work for mission autonomy in which the human is removed from the loop and observations are triggered by ground instruments and other satellites. Detailed commands are replaced with more general high level goals which the mission system completes autonomously. In the "interactive explorer" mission mode, the human is placed back at the center of the mission environment and the mission environment self-organizes around the scientist or explorer to deliver vital information autonomously. This presentation lays out a recent set of sensor webs/mission autonomy experiments conducted on EO-1 and ST-5 and lays out illustrates a pipeline of funded activities and proposed future activities that will incrementally over time facilitate this concept. In addition, this presentation provides a forecast of capabilities that are essential for the "integrated explorer" to control space-based computing platforms for acquiring science, and retrieve needed information (near real-time) to maintain explorer health and safety.

Bio: Dan Mandl is presently the EO-1 Mission Director and previously the Ground Systems Manager for ST-5. He spearheaded an effort to convert EO-1 into an on-orbit testbed after the first year. Due to all of the streamlining in operations which included setting up a partnership with USGS to sell EO-1 imagery after the first year and exceeding expected results through the use of EO-1 as a testbed, the EO-1 team was awarded the NASA Continuous Improvement Award. Furthermore, a key piece of flight software integrated onto EO-1, the Autonomous Sciencecraft Experiment, a JPL developed piece of software to autonomously control EO-1, which was integrated onto EO-1, won the 2005 NASA software of the year award. Mr. Mandl is also the PI on a winning proposal to NASA Earth Science Technology Office(ESTO) to investigate techniques to create hybrid ground phased array antennas to lower the cost of antennas used to communicate to satellites and the PI on a recently completed investigation awarded by ESTO to demonstrate onboard cloud cover assessment using EO-1.

Abstract: Today's world of Earth Science has several challenges beyond that of just increasing our understanding of Planet Earth. First is the fact that innovative research is being conducted in a widely distributed and dynamic environment, producing an ever growing set of resources (data, services and clients). Additionally, the need and value of integrating or interoperating these resources is growing as the resource providers are increasingly diverse.

In order to support the emerging 21st century science model, a more mature, fluid and extensible cyber-infrastructure must emerge. A well coordinated use of web service technologies (XML, WSDL, SOAP, UDDI) can play a foundational part of the fabric of that enabling fabric.

The EOS Clearinghouse (ECHO) provides a set of interoperable registries that targets this very enterprise fabric. ECHO is comprised of a set of infrastructure services that allow the publication, discovery, understanding and access to earth science resources, all based on a web services model. ECHO services support both data and service registries. These registries are interoperable and based on industry and community standards.

ECHO makes these registries available to clients so that clients appear to have all the metadata in their system without the burden of managing it all. ECHO also offers its clients a single interface for placing orders, enables direct data access where available, and if needed, ECHO brokers orders on behalf of the users. ECHO provides some user account management capabilities. In the near future, ECHO will actually broker service and data transactions. This all serves to simplify client development and streamline data and service access by end users. It also alleviates the burden on the scientist of having to find and apply data services to the data.

Bio: Mr. Keith Wichmann is a Ph.D candidate at Clemson University and has won several awards for his innovation during his career. Before coming to GSFC Mr. Wichmann worked on software systems at the Naval Electronics Systems Engineering Center. Then he started his GSFC career in August of 1989 as a participant in the NASA Graduate Fellowship Program. In 1994 Mr. Wichmann took a position as Software Engineer at Global Science & Technology, Inc (GST) and has since progressed to his present position as Principal system Engineer and Deputy Program Manager. During his career Mr. Wichmann has worked on many innovative projects and activities including the EOS Clearinghouse, Regional Data Center, and Earth Science Technology Office.