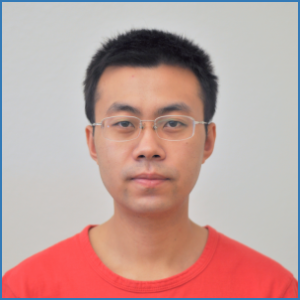 How to Choose a Blockchain for Your Business & Chios: An Intrusion-Tolerant Permissioned Blockchain System

Dr. Haibin Zhang is an Assistant Professor in the Department of Computer Science and Electrical Engineering at University of Maryland, Baltimore County. He is interested in applied cryptography, security, privacy, distributed systems, and blockchains. He received the best paper candidate award at the 33rd IEEE International Symposium on Reliable Distributed Systems and proved the security of a NIST standard on ciphertext stealing. Haibin is one of the main inventors of Norton Zone, Symantec’s scalable cloud storage.

Haibin has designed and implemented a number of blockchain consensus systems, including ByzID (SRDS 14, blockchain with trusted components), BChain (OPODIS 14, high-throughput blockchain), CBFT (SRDS 16, blockchain with confidentiality), causal BFT (DSN 17, blockchain with causality), and recently BEAT (CCS 18, asynchronous blockchain made practical). In particular, BChain has been implemented in Hyperledger Iroha, one of five mature projects in Hyperledger, a global collaborative project under the Linux Foundation, now with nearly 300 members. BChain has been featured in more than 20 media outlets, and detailed in the Hyperledger whitepaper and Iroha document. Moreover, Haibin’s cryptographic works have been used in a number of open-source permissionless blockchain platforms such as OmniLedger (S&P 2018) and Mobius (PET 2018). Our latest permissioned blockchain system, Chios, recently won the Maryland Innovation Initiative Award.