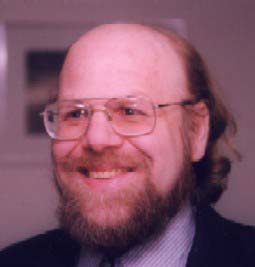 Dr. James Hendler will talk about The Semantic Web: Is It Rocket Science? The World Wide Web is often referred to as a web of information, but is it? When you ask a query on the web you get pointers to pages, not answers. If you’re looking for something beyond text, you’re often unable to find it. The next generation of the Web, already in the works, aims to fix this by making more of the content on the web “understandable” to the programs that help us find, filter, and use what is out there.

In this presentation, Dr. Hendler will describe this new generation of the web, discuss some of the technologies that will help to power it, and consider some of the ways in which it may be used to create new and powerful web applications beyond the capabilities of the current web.

Dr. James Hendler is a professor at the University of Maryland where he is the Director for Semantic Web and Agent Technology at the Maryland Information and Network Dynamics Laboratory. Dr. Hendler received his B.S. from Yale University in 1978 and his M.S. from Southern Methodist University in 1982. Dr. Hendler also received his Sc.M. and Ph.D. degrees in Computer Science from Brown University in 1983 and 1986 respectively. He has joint appointments in the Department of Computer Science, the Institute for Advanced Computer Studies and the Institute for Systems Research. He is also an affiliate of the Electrical Engineering Department.

Prof. Hendler has authored close to 150 technical papers in areas including artificial intelligence, robotics, agent-based computing and high performance processing. He is an associate editor of the journals, Connection Science and Journal of Experimental and Theoretical AI. Dr. Hendler’s most recent books include Spinning the Semantic Web, Robots for Kids, Massively Parallel Artificial Intelligence, and The Semantic Web. Dr. Hendler was the recipient of a 1995 Fulbright Foundation Fellowship, is a Fellow of the American Association for Artificial Intelligence, and was decorated with the U.S. Air Force Exceptional Civilian Service Medal in 2002. He is also the former Chief Scientist for Information Systems at the U.S. Defense Advanced Research Projects Agency (DARPA), and chairs the W3C’s Web Ontology Working Group.