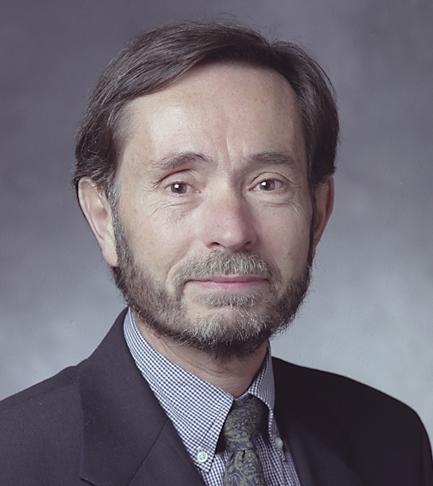 Professor Jean-Claude Latombe, will talk about Non-Gaited Motion Planning for Legged Robots on Uneven Terrain. A key constraint on the motion of a legged robot is maintenance of equilibrium. At each instant, the reaction forces at contacts with the environment must exactly compensate for the other forces acting on the robot, e.g., gravity. In regular terrain, a gaited motion can be pre-computed to satisfy this constraint. However, in highly irregular terrain, such as rocky outdoor terrain, broken urban environment after an earthquake, or lunar surface, the contacts that a robot can possibly make are arbitrarily distributed, and sometimes sparse. As a result, each motion step is quasi-unique and its planning requires deliberate reasoning about contacts, friction, equilibrium, (self-)collision, and torque limits. In this talk, I will present a motion planning approach developed for legged robots navigating severely uneven and possibly very steep terrain. I will also describe several specific techniques that address difficult computational issues raised by such robots. These techniques have been applied to a prototype four-limbed rock-climbing robot (LEMUR), a simulated humanoid robot (HRP-2), and a simulated six-legged lunar vehicle (ATHLETE). Part of this work is still in progress.

Jean-Claude Latombe is the Kumagai Professor of Computer Science at Stanford University. He received his PhD from the National Polytechnic Institute of Grenoble (INPG) in 1977. He was on the Computer Science faculty of INPG from 1980 to 1984, before joining ITMI (Industry and Technology for Machine Intelligence), a company that he had co-founded in 1982. He moved to Stanford in 1987. At Stanford, he served as the Director of the Robotics Lab (now the AI Lab) for many years and as the Chairman of the Computer Science Department in1997-2000. He also served on the BioX Leadership Council from 2002 until 2004. His main current research interests are in Robotics (mostly legged robots on uneven terrain) and in Computational Biology (analyzing and predicting protein structures).