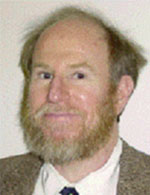 Goddard's Office of the Assistant Director for Information Sciences and Chief Information Officer inaugurates the Spring 2001 Information Science and Technology (IS&T) Colloquium Series by inviting you to hear Dr. John H. Reif, Professor of Computer Science at Duke University. Dr. Reif's topic is Experimental Demonstrations of Ultra-Scale Molecular Data Storage and Retrieval, Computation and Assembly. In his presentation, Dr. Reif will provide an overview of experimental research projects at Duke University in the area of DNA computation http://www.cs.duke.edu/~reif/BMC/Reif.BMCproject.html. DNA is an appealing media for data storage due to the very large amounts of data that can be stored in compact volume. It vastly exceeds the storage capacities of conventional electronic, magnetic, optical media. A gram of DNA contains about 10^21 DNA bases, or about a billion terabits. Hence, a few tens of grams of DNA may have the potential of storing all the data stored in the world. Professor Reif will first describe his project's recent experimental demonstration of ultra-compact storage using DNA that supports highly parallel associative searches within very large databases of the order of thousands of terabytes. Next, Dr. Reif will discuss DNA self-assembly, which is a methodology for the construction of molecular scale structures. In this method, artificially synthesized single stranded DNA self-assemble into DNA crossover molecules (tiles). These DNA tiles have sticky ends that preferentially match the sticky ends of certain other DNA tiles, facilitating the further assembly into tiling lattices. DNA self-assembly can, using only a small number of component tiles, provide arbitrarily complex assemblies. These tiles can self-assemble into large 2D lattices consisting of up to thousands of tiles. These are visualized by molecular imaging devices such as atomic force microscopes. Professor Reif will also describe some novel DNA tiles known as TX tiles which have been developed with properties that facilitate computations. He will describe their use in experiments demonstrating for the first time computation via molecular assembly.

Dr. John H. Reif has been Professor in the Department of Computer Science at Duke University since 1986. His research combines theory and practice. Although primarily a theoretical computer scientist, he also has made a number of contributions to practical areas of computer science including parallel computation, robotics, data compression, molecular simulations, and optical computing. He has worked for many years on the development and analysis of parallel and randomized algorithms for various fundamental problems including solutions of large sparse systems, sorting, and graph problems. He has done a number of implementations of sophisticated parallel algorithms such as parallel nested dissection on massively parallel machines. In work funded by NASA Goddard contracts, he has developed massively parallel machines, and made implementations of parallel data compression algorithms into special purpose chips. His research is now focused particularly in emerging new areas such as biomolecular computing. Dr. Reif received in 1973 a magna cum laude B.S. in Applied Math and Computer Science from Tufts University. He received his M.S. (1975) and Ph.D. (1977) in Applied Mathematics from Harvard University. From 1977-1978 he was Research Associate, University of Rochester. He was Assistant (1978-1983) and Associate Professor (1983-1986) at Harvard University. He has been visiting Professor at CMU, MIT, and Berkeley. Dr. Reif has been awarded Fellow of ACM (1996), Fellow of IEEE (1993), and Fellow of Institute of Combinatorics (1991). Dr. Reif is the author of over 100 publications to date.