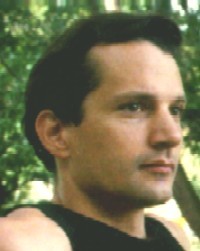 Jon Ippolito, will talk about Rescuing Digital Culture from the Future. Rembrandt's oils took a few centuries to yellow; Dan Flavin's fluorescent bulbs took a few decades to go out of production; Group Z's work for Netscape 1.1 lasted a few years before Netscape 2.0 made it obsolete. For creators working in new media who want posterity to experience their work more directly than through second-hand documentation or anecdote, Ippolito has proposed an alternative called "variable media." Centered on a work's creator rather than its medium, the variable media paradigm asks creators themselves, rather than just technicians, to imagine ways to outwit the obsolescence that often besets technological formats. This approach proposes that the best way to preserve works in ephemeral formats, from stick spirals to video installations to Web sites, is to encourage their makers to describe them in a medium-independent way, so as to help translate them into new mediums once their current medium becomes obsolete.

One of the instruments Ippolito and his team have created is an interactive questionnaire designed to help creators write guidelines for translating their works into new media once the original medium has expired. This questionnaire is unlike any protocol hitherto proposed for cataloguing or preserving cultural artifacts. It requires creators to define their work according to behaviors like "performed" or "networked" rather than in medium-dependent terms like film or video. The variable media paradigm also asks creators to choose the most appropriate strategy for dealing with the inevitable slippage that results from translating to new mediums: storage (mothballing a PC), emulation (playing Pong on your laptop), migration (putting Super-8 on DVD), or reinterpretation (Hamlet in a chat room). A Variable Media Network composed of seven organizations, running the gamut from virtual art platforms to performance archives, is currently testing these strategies on a series of case studies.

In this presentation, Mr. Ippolito will compare the interpretive paradigm of the Variable Media Network with more technocentric paradigms for digital preservation such as slow-light storage and the "medialess" archive.

Artist and curator Jon Ippolito is a foot soldier in the battle between network and hierarchic culture. The recipient of Tiffany, Lannan, and American Foundation awards, Ippolito has exhibited work with collaborative teammates Janet Cohen and Keith Frank at the Walker Art Center, ZKM/Center for Art and Media Karlsruhe, and WNET's ReelNewYork Web site. He has taught as a visiting professor at the Yale School of Art and as visiting artist at the Art Center College of Design in Pasadena and the School of Visual Arts in New York, and has been an artist-in-residence at the University of Pennsylvania in Philadelphia and the Headlands Center for the Arts in Sausalito. He and writer Joline Blais are currently at work on a book entitled �The Edge of Art� and recently co-founded the Still Water program for network art and culture at the University of Maine. At Still Water, Ippolito is at work on three projects, the Variable Media Network, the Open Art Network, and an exhibition called MindSets, that aim to expand the art world beyond its traditional confines.