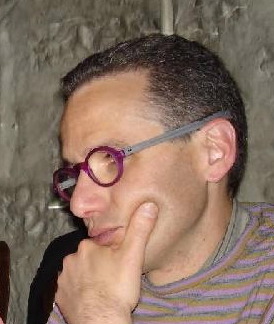 José Luiz Fiadeiro, will talk about Social Complexity of Software-Intensive Systems. Thirty years ago, Software Engineering was faced with the problem of dealing with what we call physiological complexity: software applications that are very complex entities in the sense that they are "big", involving millions of lines of code and big teams to develop them; the problem domain of the application might be simple to understand and formulate but the nature of the parts available to build the solution might be such that the process of construction and the resulting application are complex. The challenge that modern Software-Intensive Systems is raising is not so much concerned with the development of “large chunks of software” but, rather, what we
call social complexity: the fact that (even very simple) software applications are being required to join, at run-time (i.e. dynamically), existing systems in which they have to interact with other entities, very often in ways that have not been planned and having to rely on heterogeneous networks of physically distributed and dynamically changing locations, connected through often- unreliable communication infrastructures. It seems obvious that, if the problem has changed, we need fresh tools to address it! The difficult questions are no longer of the form “Will module X developed by team A be able to interface with module B developed by team B?”. Instead, we are scratching our heads (even our computers) to predict which properties can emerge from ad-hoc compositions: will we be able to control emergent behaviour by coordinating interactions? How? This talk presents research aimed at producing design principles and methods based on solid theoretical foundations aimed at “social complexity”, i.e. at the interactions, whether
planned or unplanned. More specifically, we show how social complexity can be supported with mathematical concepts and techniques borrowed from Category Theory, which we illustrate through the formal modelling language CommUnity. (http://www.fiadeiro.org/jose/CommUnity/)(link is external)

José Luiz Fiadeiro joined the University of Leicester as Professor of Software Science and Engineering after having held previous academic positions in Lisbon, and visiting research positions at Imperial College, King's College London, PUC–Rio de Janeiro, and the SRI International. He is chairman of the IFIP WG 1.3 (Foundations of System Specification) and co-chairman of the Steering Committee of the Conference on Algebra and Co-algebra in Computer Science (CALCO). He is coordinator of the Marie-Curie TOK-IAP 3160 Leg2Net – From Legacy Systems to Services in the Net, and site leader in the IST-2005-16004 SENSORIA: Software Engineering for Service-Oriented
Overlay Computers, and the Alpha Network WEE-NET: Web Engineering Network of Excellence. His most recent work has focused on the design principles and theories that support the engineering of complex software-intensive systems, including the role of
architectural primitives and modelling techniques, the impact of coordination mechanisms in software evolution, and the methodological and scientific challenges raised by service-oriented computing.