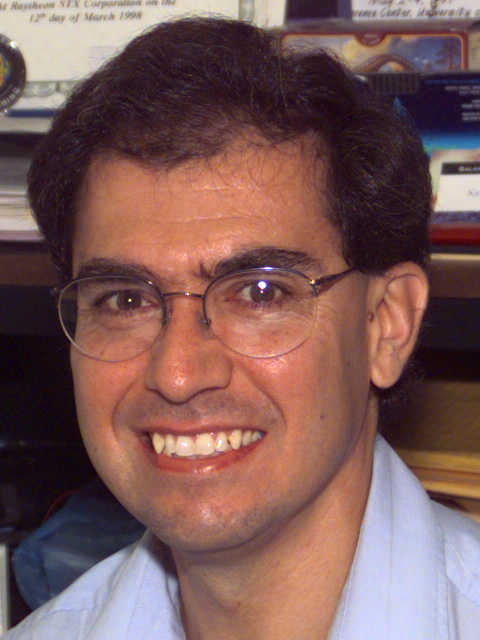 Wednesday, March 10, 2010
Building 3 Auditorium - 11:00 AM
(Coffee and cookies at 10:30 AM)
The emergence of e-Science over the past decade as a paradigm for Internet-based science was an inevitable evolution of science that built upon the web protocols and access patterns that were prevalent at that time, including Web Services, XML-based information exchange, machine-to-machine communication, service registries, the Grid, and distributed data. We now see a major shift in web behavior patterns to social networks, user-provided content (e.g., tags and annotations), ubiquitous devices, user-centric experiences, and user-led activities. The inevitable accrual of these social networking patterns and protocols by scientists and science projects leads to U-Science as a new paradigm for online scientific research (i.e., ubiquitous, user-led, untethered, You-centered science). Successful U-Science applications include components from semantic e-science (ontologies, taxonomies, folksonomies, tagging, annotations, machine learning, and classification systems), going far beyond Web 2.0-based science (Wikis and blogs). Among the best examples of U-Science are Citizen Science projects, including Galaxy Zoo, Stardust@Home, Project Budburst, CoCoRaHS (the Community Collaborative Rain, Hail and Snow network), and projects utilizing Volunteer Geographic Information (VGI). There are also scientist-led projects for scientists that engage a wider community in building knowledge through user-provided content. Among the U-Science projects for scientists are those that specifically enable user-based annotation of scientific results in databases. These include the Heliophysics Knowledgebase (HPKB), BioDAS, WikiProteins, The Entity Describer, and eventually AstroDAS. Such collaborative tagging of scientific data addresses several petascale data challenges for scientists: how to find the most relevant data, how to reuse those data, how to integrate data from multiple sources, how to mine and discover new knowledge in large databases, how to represent and encode the new knowledge, and how to curate the discovered knowledge. This talk will address the emergence of U-Science, its applicability to petascale science projects such as the LSST (Large Synoptic Survey Telescope) project, its contributions to science education and public outreach, and its role in the new citizen science Zooniverse project that merges machine intelligence (data mining and machine learning) with human computation (cognitive science and user-provided content).

Dr. Borne is an Associate Professor of Astrophysics and Computational Science in the Department of Computational and Data Sciences at George Mason University (Fairfax, Virginia). He previously spent 10 years at NASA-GSFC as a contract manager for the Code 630 SSDOO (Space Science Data Operations Office) contract. His astronomical research is in the field of extragalactic astronomy, studying the dynamics and evolution of galaxies. He also has extensive experience in large scientific databases and information systems, including expertise in Virtual Observatories (distributed data systems) and scientific data mining research. He is currently working on the design and development of the new Large Synoptic Survey Telescope (LSST) project. For the LSST project, he is contributing in the areas of science data management, education and public outreach, galaxies research, and informatics and statistical science research. He is a member of the ISI Astrostatistics Executive Board, the LSST Outreach Advisory Board, and the Zooniverse Advisory Committee. He received a B.S. degree in physics from LSU and a Ph.D. in astronomy from Caltech.