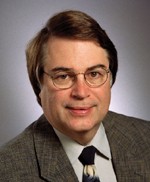 Dr. Larry Smarr, will talk about The Planetary Computer for Studying the Planet Earth. After 15 years of building out the wired Internet infrastructure around the world, new extensions of this core infrastructure are rapidly emerging. Wireless Internet access from both unlicensed and licensed radio bands are spreading quickly, dedicated dark fiber optical networks are being set up between universities in many states and countries, the NSF, NIH, NASA, and foreign science agencies are starting a decade long construction of a new generation of shard scientific facilities to accelerate data intensive science, federated data systems are being interlinked, computing is decentralizing into a Grid framework, and high resolution and virtual reality interfaces are becoming more common. These trends will result in a vastly more powerful global knowledge and collaboration system than exists today.

In this presentation, Dr. Smarr will give examples of how the new California Institute for Telecommunications and Information Technology (www.calit2.net) is creating "Living Laboratories" for the earth sciences with its partner, the UCSD Scripps Institution of Oceanography, to explore these futures with interdisciplinary teams. The OptIPuter project, NSF's largest computer science award from last year and the Santa Margarita Ecological Reserve sensornets will be used as specific examples, along with the NSF EarthScope and GEON knowledge grids for the earth sciences.

Dr. Smarr is a pioneer in prototyping a national information infrastructure to support academic research, governmental functions, and industrial competitiveness. In 1985, Dr. Smarr became the founding Director of the National Center for Supercomputing Applications (NCSA) at the University of Illinois at Urbana-Champaign (UIUC). In 1997, he became in addition the founding Director of the National Computational Science Alliance, comprised of over fifty universities, government labs, and corporations linked with NCSA in a national-scale virtual enterprise to prototype the information infrastructure of the 21st Century. Most recently, Dr. Smarr became the founding Director of the California Institute for Telecommunications and Information Technology, which spans the Universities of California at San Diego and Irvine. Dr. Smarr received his Ph.D. from the University of Texas at Austin and conducted observational, theoretical, and computational based astrophysical sciences research for fifteen years before becoming Director of NCSA. He is a member of the National Academy of Engineering and a Fellow of the American Physical Society and the American Academy of Arts and Sciences. In 1990 he received the Franklin Institute's Delmer S. Fahrney Gold Medal for Leadership in Science or Technology. Dr. Smarr is a member of the President's Information Technology Advisory Committee.