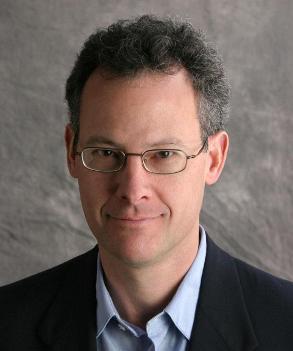 Nicholas Carr, will talk about The Next IT Revolution. What does the future hold for information technology? Weaving together history, economics and technology, Nicholas Carr will argue that we're entering a whole new era in the way IT is managed and supplied. IT is shifting from being a corporate function to being a utility service, a transformation that will produce both disruption and opportunity.

A former executive editor of the Harvard Business Review, Nicholas Carr is a writer whose work centers on strategy, innovation, and technology. His 2004 book Does IT Matter? Information Technology and the Corrosion of Competitive Advantage, published by Harvard Business School Press, set off a worldwide debate about the role of computers in business.? In addition to writing more than a dozen articles and interviews for HBR, Carr has written for the New York Times, Financial Times, MIT Sloan Management Review, and Wired. He writes a column on innovation for Strategy & Business, where he's a contributing editor, and writes on technology for BusinessWeek Online. He holds a B.A. from Dartmouth College and an M.A. from Harvard University.
IS&T Colloquium Committee Host: Jim Fischer and Co-Host: Tsengdar Lee