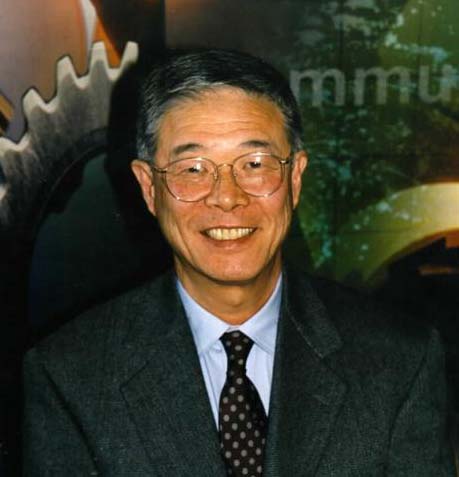 Norden E. Huang, will talk about The Hilbert-Huang Transform. Traditionally, we made the critical linear and stationary assumption even before we look at any data. But the world we live in is neither stationary nor linear. Facing with such reality, what should we look for in the data? And How? The existing methods of probability theory and spectral analysis are certainly inadequate, for they are all based on the stationary and linear assumptions. For example, spectral analysis is synonymous with the Fourier based analysis. As Fourier spectrum can only give meaningful interpretation to linear and stationary process, its application to data from nonlinear and nonstationary processes is problematical. To break away from this limitation, we should let data speak for themselves. We should develop adaptive data analysis techniques.

A new method, Hilbert-Huang Transform (HHT), for analyzing nonlinear and nonstationary data has been developed. The key part of HHT is the Empirical Mode Decomposition method with which any complicated data set can be decomposed into a finite and often small number of Intrinsic Mode Functions (IMF). An IMF is defined as any function having the same numbers of zero-crossing and extrema, and also having symmetric envelopes defined by the local maxima and minima respectively. The IMF also admits well-behaved Hilbert transform. This decomposition method is adaptive, and, therefore, highly efficient. Since the decomposition is based on the local characteristic time scale of the data, it is applicable to nonlinear and nonstationary processes. With the Hilbert transform, the Intrinsic Mode Functions yield instantaneous frequencies as functions of time that give sharp identifications of imbedded structures. The final presentation of the results is an energy-frequency-time distribution, designated as the Hilbert Spectrum. Confidence limit without the ergodic assumption is also developed for the results. Classical nonlinear system models are used to illustrate the roles played by the nonlinear and nonstationary effects in the energy-frequency-time distribution. Other applications of HHT will also be presented.

Dr. Norden Huang, a senior fellow at Goddard, held a Bachelor Degree in Civil Engineering from the National Taiwan University, and a Doctoral degree (1967) in Fluid Mechanics and Mathematics from the Johns Hopkins University. In the past, he has been working on nonlinear random ocean waves and air-sea interaction processes. His recent research has concentrated in the development of a new method, the Hilbert Huang Transform (HHT), specifically to process nonstationary and nonlinear time series. Over the last few years, he has applied this method to analyze data in a variety of areas covering nonlinear ocean wave evolution data; earthquake signals and structure responses; bridge and structural health monitoring; biomedical signals such as blood pressure fluctuations; long term environmental data such as global temperature variations, Antarctic ice extents records, and solar irradiance variance; hydro-machinery design, machine vibration data, speech analysis, and musical signal enhancement. His current research interests are in the above areas. This invention has been patented by NASA, and for this invention, he was awarded the 1998 NASA Special Space Act Award; the 1999 Federal Government Technical Leadership Award; 2001 Federal Laboratory Consortium Technology Development Award, and 2001 R&D 100 Award; NASA Inventor of the Year 2003. Based on his contribution in the field of nonstationary and nonlinear data analysis, he was elected as a member of the National Academy of Engineering in 2000, and an Academician to the Academia Sinica in 2004.