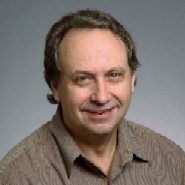 Dr. Rodney A. Brooks, will talk about Human-Robot Interaction. Navigation is working well for robots and there are many applications for robots as navigation machines. Future progress in robotics for unstructured environments requires advances in four areas: object environments, and intuitive person-robot interaction. While discussing all four issues we will concentrate on person-robot interaction the most.

Dr. Brooks is concerned with both the engineering of intelligent systems to operate in unstructured environments, and with understanding human intelligence. He has worked in almost all aspects of robotics and computer vision for the last 30 years. His early work was in model-based computer vision combining top down and bottom up approaches, and then in model-based robotics, including kinematics, path planning, and reasoning about uncertainty. He then started working on mobile robots and developed the subsumption architecture, a biologically inspired approach to programming robots for real-time performance in uncertain environments. This developed into the behavior-based approach for mobile robots which has become the dominant method for building the low level control systems of wheeled, tracked, and legged mobile robots. This approach incorporates many different sensing methodologies (including vision), distributed control systems, and various actuation schemes. He also did early work on micro-machines and holds patents on small piezo-electric motors, and millimeter sized silicon robots. Over the past ten years, Dr. Brooks has extended the behavior based approach to try to capture all of human intelligence in research projects including humanoid robots.

Dr. Brooks has also done extensive work in the field of computer language technology. He was heavily involved in the evolution of Common Lisp and worked on the first proto implementation of Common Lisp (at the Lawrence Livermore Laboratory) and then was the principal author of the first pure Common Lisp compiler (at Lucid Inc). He is co-founder and Chief Technical Officer of iRobot Corporation, which provides both military robots to the US, and has produced the first mass market home robot.

Dr. Brooks is a Founding Fellow of the American Association for Artificial Intelligence (AAAI), a Fellow of the American Association for the Advancement of Science (AAAS) and a member of the National Academy of Engineering. He won the Computers and Thought Award at the 1991 IJCAI (International Joint Conference on Artificial Intelligence). He has been the Cray Lecturer at the University of Minnesota, the Mellon Lecturer at Dartmouth College, the Forsythe Lecturer at Stanford University, and the Hyland Lecturer at Hughes. He has been a visiting researcher at Cornell University, the Free University of Brussels, NEC Research Laboratory in Princeton, and the Electro Technical Laboratory in Tsukuba, Japan. He was co-founding editor of the International Journal of Computer Vision and is a member of the editorial boards of many journals.